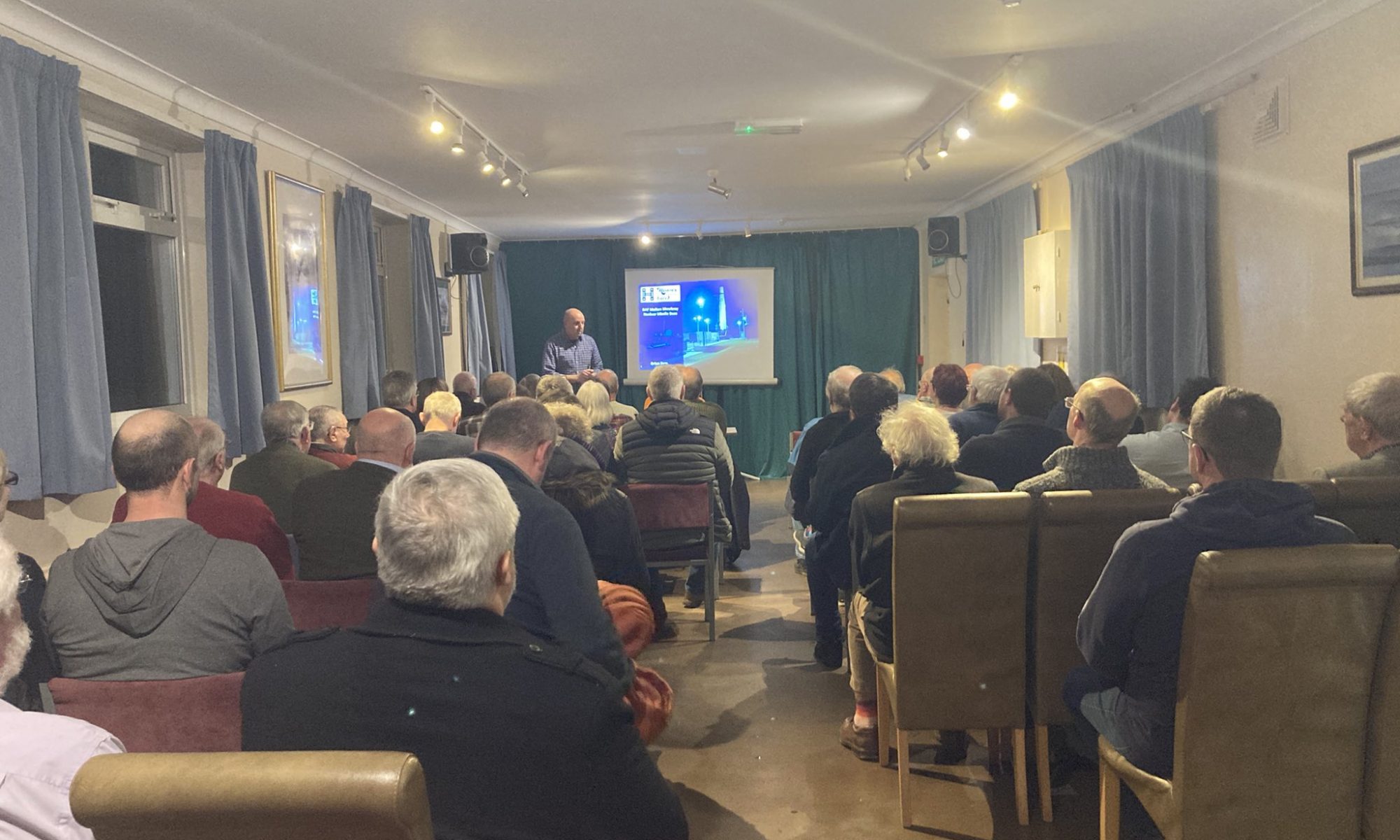 Initially, Brian developed the Freckleton Air Disaster Presentation, and has since increased his portfolio of talks to include more local subjects focusing on military talks with a #localhistory connection.

The presentations can all be tailored to suit the time available for audiences; from 10 minutes to a more in depth 60 minute presentation.

Growing up in Freckleton, Lancashire, Brian soon became aware of the story of the United States Army Air Forces (USAAF) Consolidated B-24 Liberator Classy Chassis II that crashed onto his dads school on 23 August 1944, killing all three crewmen aboard the aircraft and 58 individuals on the ground, including 38 children aged four to six.

In this talk, Brian takes a look into the history of RAF Melton Mowbray from the days of the Royal Flying Corps when 38 Sqn set up their HQ in town, right through to its use during WW2, the Cold War and the RAF Police who today are still based in the town at the Defence Animal Training Regiment.

As a follow on from the RAF Melton Mowbray presentation, Brian focuses this talk on a more in depth look at the history when the base was home to three Thor nuclear intermediate-range ballistic missiles during the cold war.

Lest We Forget – War Memorials of Melton Mowbray Leicestershire & Rutland

The Lest We Forget talk gives and overview of war memorials and takes a look at what is a war memorial & why we commemorate along with looking at some of the different types of war memorials that can be found across Melton Mowbray, Leicestershire and Rutland.

The talk also provides an overview about some of the organisations that help support local authorities with maintaining their war memorials.

The Balloon’s Going Up talk looks at the life of 2nd Lt Elfric Ashby Twidale, the grandson of the long standing (of over 40 years) vicar of Meltons Baptist Church Reverend Joseph Twidale. Elfrics father, Ashby, emigrated from Melton to Canada where he set up home, married and raised his family. Elfric joined the local Militia when he turned 18 and enlisted into the Canadian Overseas Expeditionary Force at the outbreak of WW1. He served with the No2 Eaton Machine Gun Battery before taking his Commission with the Royal Field Artillery. Shortly after being commissioned, he was promoted to Temporary Captain commanding a Trench Mortar Battalion. After this command, he was assigned to the Royal Flying Corps and became an Observer known as a ‘Balloonatic’. Whilst up in the air over the Arras battlefield in 1917, he was killed.

In addition to the ‘History Fare’ talks listed above, Brian is also a volunteer public speaker and tour guide for the Commonwealth War Graves Commission and deliver talks on their behalf.

Gardening the World – the Horticulture of the CWGC.

The CWGC Architecture and its Conservation

The CWGC Archives and Records

The History of the CWGC

To book a talk for your organisation, please get in touch via the contact page .